When Jean asked me to photograph her wedding, I was, of course, thrilled. When you’re starting a new business, any such vote of confidence is a big deal, but I’d also met Jean and Corey a loooong time ago, back when I lived in Baltimore and they were still “just friends” who had met on the Johns Hopkins University Taekwondo team.

Jean’s the younger sister of one of my sorority sisters/oldest friends, so a whole group of us were rooting for Jean and Corey. We watched via social media (so Millenial!) as they dated long distance with Corey in California for work and Jean at Princeton for graduate school. Then Corey moved to New Jersey to be with Jean … then the couple moved to North Carolina … then after nine years knowing each other and seven years of dating, they went on a trip to Europe AND HE PROPOSED!

Jean and Corey decided to return to Baltimore for their wedding, so one weekend when they were back for planning, we did an engagement session where their love story started: on the Johns Hopkins University campus. Knowing how they met, and that both are still super fit and now competing in triathlons, I told Jean I might want to have them do some Taekwondo moves during the session.
Thankfully, instead of thinking she hired a weirdo as her wedding photographer, Jean loved the idea so much she even brought their team jackets. Of course we did more traditional shots because it was spring on a lovely college campus, but I just love how the Taekwondo photos let their personalities shine through and help tell a unique love story.

I can’t wait to go back to Baltimore for the wedding in early September! 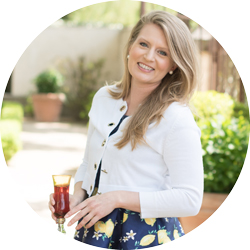 Clients have described my work as light-filled and radiant, with colors that are rich but not overwhelming ... this is a much better description than any I've written!